Some common responses I get when I, inevitably and apologetically, tell people that I have a memory deficit include; “Oh Girl! I totally get it! I can’t remember a thing”, “I lose my keys, like, every day”, and “I totally feel you, I can’t remember anything since having this baby.” While I tend to appreciate the empathy, I also feel like people are really not getting me. It is common to have “Mom Brain”, issues remembering little things like lost keys and phones, and feeling forgetful in our busy and distracted lives. What is not common is having a memory deficit so severe that you have anxiety every time someone talks to you because you are worried you will not remember who they are, even if you’ve known them for years.

You see, somewhere along the lines of this ridiculous disease process, the parts of my brain that control verbal recall and short term memory shorted out  big time. When I was in middle and high school, I did theater. I would memorize entire scripts and perform with confidence. Sure I was always kind of a forgetful kid, but I was highly social and loved getting in front of crowds and making lots of friends. When I was in college, I memorized thousands of medical terminology words, was a part of the Alpha Beta Kappa Honors society, and a quick study. My life today looks a bit different.

Last week I ran into my sons football coach at the grocery store (A person I have known for the better part of 10 years). I said hello to him and remembered his name but then I asked him if he was still coaching football. THIS GUY IS MY SONS FOOTBALL COACH. He looked at me strangely and I was so embarrassed. I wish I could say this was an isolated incident but it happens very frequently. People will come say hi to me and I have no idea who they are or what their name is. Most of the time it is people that I have known for a while and I have now gotten to the point where I just try to avoid people because I don’t want anyone to think I’m being rude or that I don’t care enough about them to remember who they are.

Equally frustrating is my total inability to recall verbal commands. If you give me a set of four numbers to remember, and then ask me 15-20 seconds later what those numbers are, I do not know. You can imagine what it is like when I am given a verbal task, or what it is like to have a phone conversation and not remember what we were talking about. I have to write down EVERYTHING, usually in 2-3 places. I set reminders on my phone for EVERY task I have to do and still forget most of the time. Those that know me well know to call, text,  and bat-signal the day before/the day of/and the hour before any event or plan we may have. It’s really rather exhausting to have the memory of a common fish.

I try to have a sense of humor about it. My friends do too. I’ve even been given the nickname “Dory.” What else can you really do? On the positive side, movies that I’ve seen is like seeing a new movie so I never get bored of watching (until it enters into my long term memory, which is still “just a little below average” according to my neurologist). Also, when my kids tell me about accomplishments, I get to get excited a bunch of times because they usually have to tell me 3-4 times.

The memory deficit doesn’t make me a dumb person (also confirmed this with my neuro because I thought I may be losing brain cells for real). I do always try to jog my memory with various exercises in an effort to help my problem not diminish worse. Trust me, my lack of proper memory is not due to any lack of trying to have one on my part. But the next time you walk up to me and I look like a deer in the headlights, maybe just remind me who you are. (I will totally act like I definitely knew who you were all along but on the inside I’ll be thanking you for the reminder) Also, don’t let me borrow anything because you will probably never get it back because I WILL keep forgetting to bring it with me. And, please be patient with me if I forget that my kids’ practice was suppose to start 30 minutes earlier than usual, I made the same meal for you three times in a row because I forgot that I made the same thing for you last time, or that I was suppose to bring the bread to the potluck and show up with brownies instead.

A nurse by trade, I found myself in the most ridiculous of circumstances when I got the sudden onset of a rare neurological disease called Transverse Myelitis in 2014. Forced to stop working (a "normal" job), I found myself frustrated because, quite frankly, I like to work. I started a blog called "But You Don't Look Sick (and all the crap you wish people really new about your auto-immune/neurological disease)" and found an outlet for my pent up cynicism as well as a way to try to help bring some therapeutic laughter into the lives of other dealing with weird diseases that nobody understands. View all posts by Lisa Marie 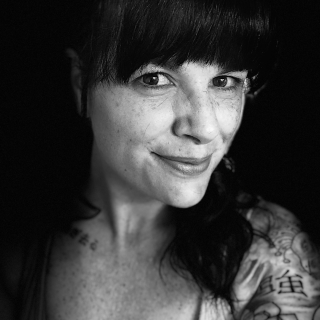 A nurse by trade, I found myself in the most ridiculous of circumstances when I got the sudden onset of a rare neurological disease called Transverse Myelitis in 2014. Forced to stop working (a "normal" job), I found myself frustrated because, quite frankly, I like to work. I started a blog called "But You Don't Look Sick (and all the crap you wish people really new about your auto-immune/neurological disease)" and found an outlet for my pent up cynicism as well as a way to try to help bring some therapeutic laughter into the lives of other dealing with weird diseases that nobody understands.